How to use sus4 chords as upper structure chords 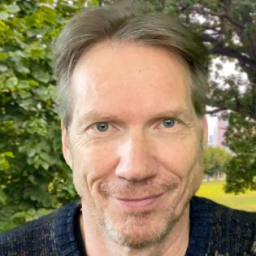 To get you turned on to sus4 chords watch the video!

Below is the transcription of what I improvised in the video

There are 3 things you may focus in on:


“Thinking Like A Drummer” version with both staves combined into one:

Sus4 chords are simply amazing!
As I already demonstrated in my video you can use the same sus4 chord as an upper structure chord above any bass note, each of them creating very interesting harmony.

Before I continue building on this idea, for those of you that wonder about the terminology of “Slash Chords” and Upper Structure Chords”, here is a quick explanation for you: 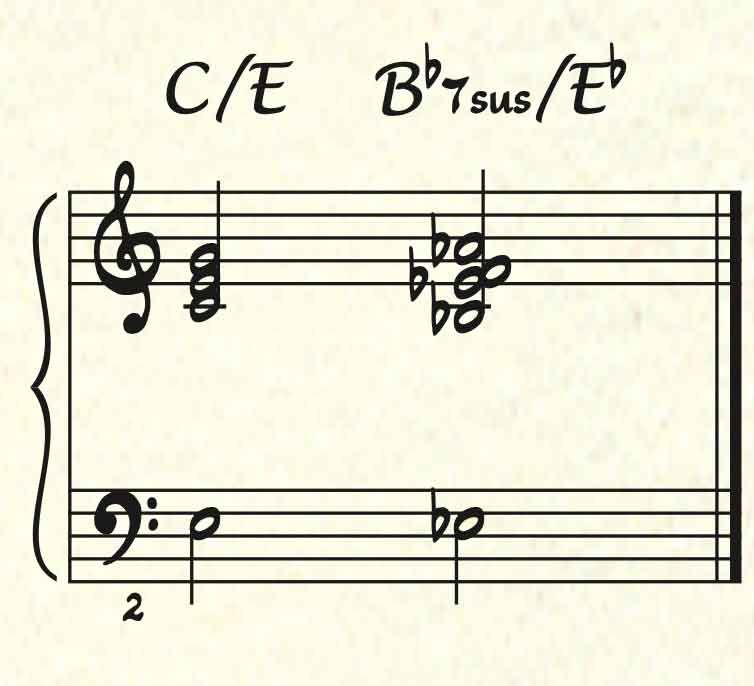 In jazz and pop music, a slash (slashed) chord is a special chord symbol used for chords where the bass note is a different note than the root note. This is also the only way how we can indicate an inversion of a chord. For example, C/E means that the bass note is E, which makes it the first inversion of a C major triad (as shown above). 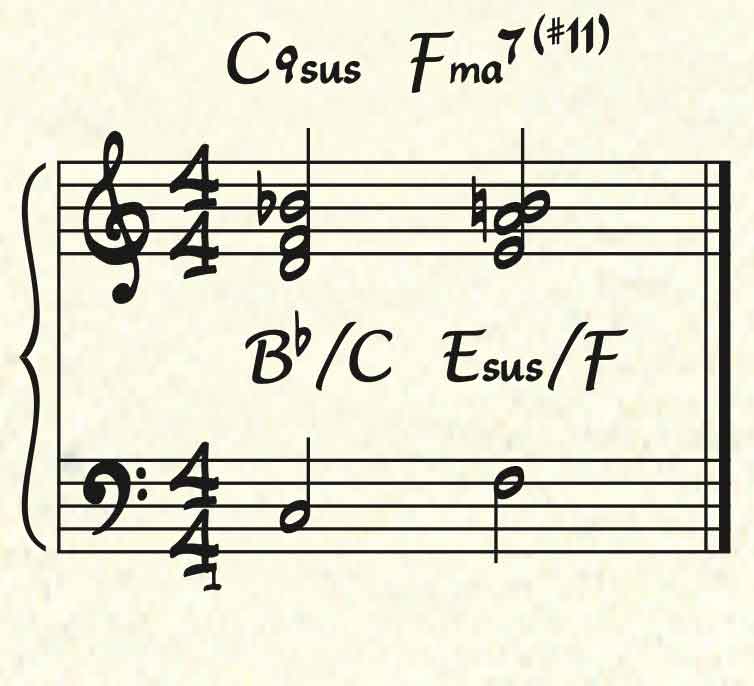 “Upper Structure”chords are a special kind of slash chord. In upper structure slash chords, the bass note (written after the slash) is not included in the upper structure chord. That’s why it can also never be an inversion of a chord. For example, Bb/C means that we play a Bb major triad above C in the bass. C is not part of the Bb major triad, thus it is not an inversion. Instead we call it an Upper Structure slash chord (as shown above).


By the way, there are 3 chords that are rarely used in pop music. Those are measures [5], [7], and [12]. You will almost never find them in mainstream pop music. However, [5] and [12] are used as upper structure chords over altered dominant seventh chord in jazz frequently. [7] however is very, very, very rare.

So what does this table show us?

It shows us that by simply changing the bass note below a sus4 upper structure chord, we can create great sounding chords, harmony, and voicings.

How can we use this?

Like with any upper structure chord, we can quickly realize complex chords with a very simple structure. For example, lets take the second chord in our sus4 upper structure table from above. It is a Dbma7(#11) chord. The table shows us how we can quickly play this chord type by simply putting a sus4 chord whose root is a minor second below the root note of the chord symbol. In our example this means we put a Csus4 chord above the bass note Db. We right this as Csus4/Db
Look at it this way: The Csus4 chord is made of 3 pitches: C, F, G. Put above Db those notes give us the following chord notes: C=major 7th, F=major 3rd, G=sharp 11th.

“Take the quiz?!? ARE YOU CRAZY” you are probably thinking right now.
Sorry! I just want to make sure you followed me this far before we get into the thick of it. So can you tell me the name of the root note of the slash chord below?

Did you answer it correctly? Great. Let’s move on then.